Sharing a screen that is visible will create an infinite effect just like when you are looking at yourself in a mirror inside an elevator. It looks like this: 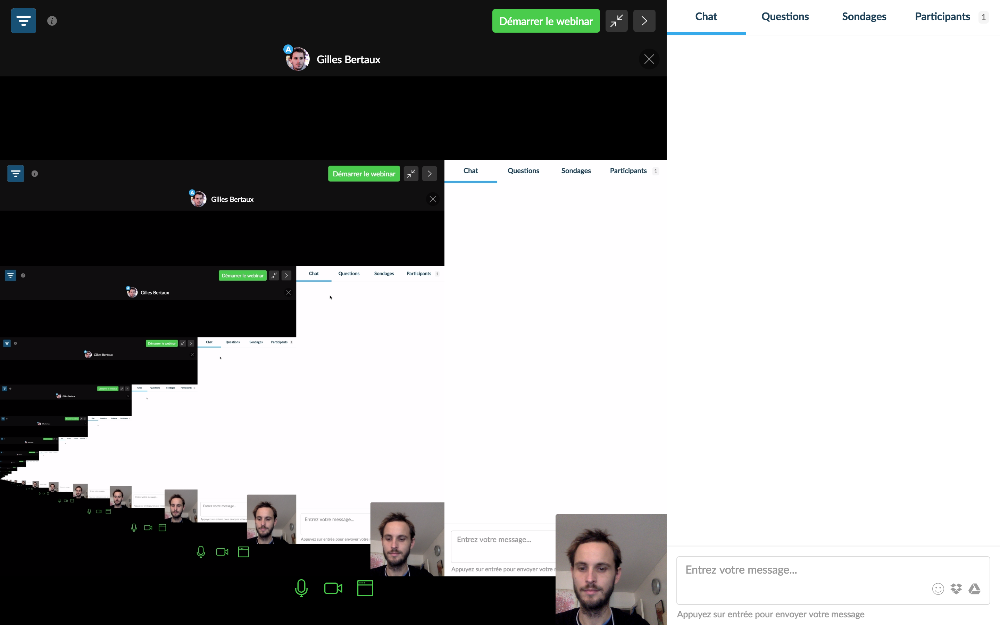 Don't worry this is not a bug, it's a well-known effect that happens on every software. When you change tabs or apps people won't see this effect anymore :)

In order to prevent this effect you have two options:

1) Use an extra monitor for your screen sharing.

2) Share an "Application window" instead of your entire screen. This way you won't be getting the mirror effect.

3) Starting from  Chrome version 72, you can also share a Chrome tab, instead of an application window or your entire screen. If you choose to share a tab other than your webinar room, you won't get the mirror effect :) 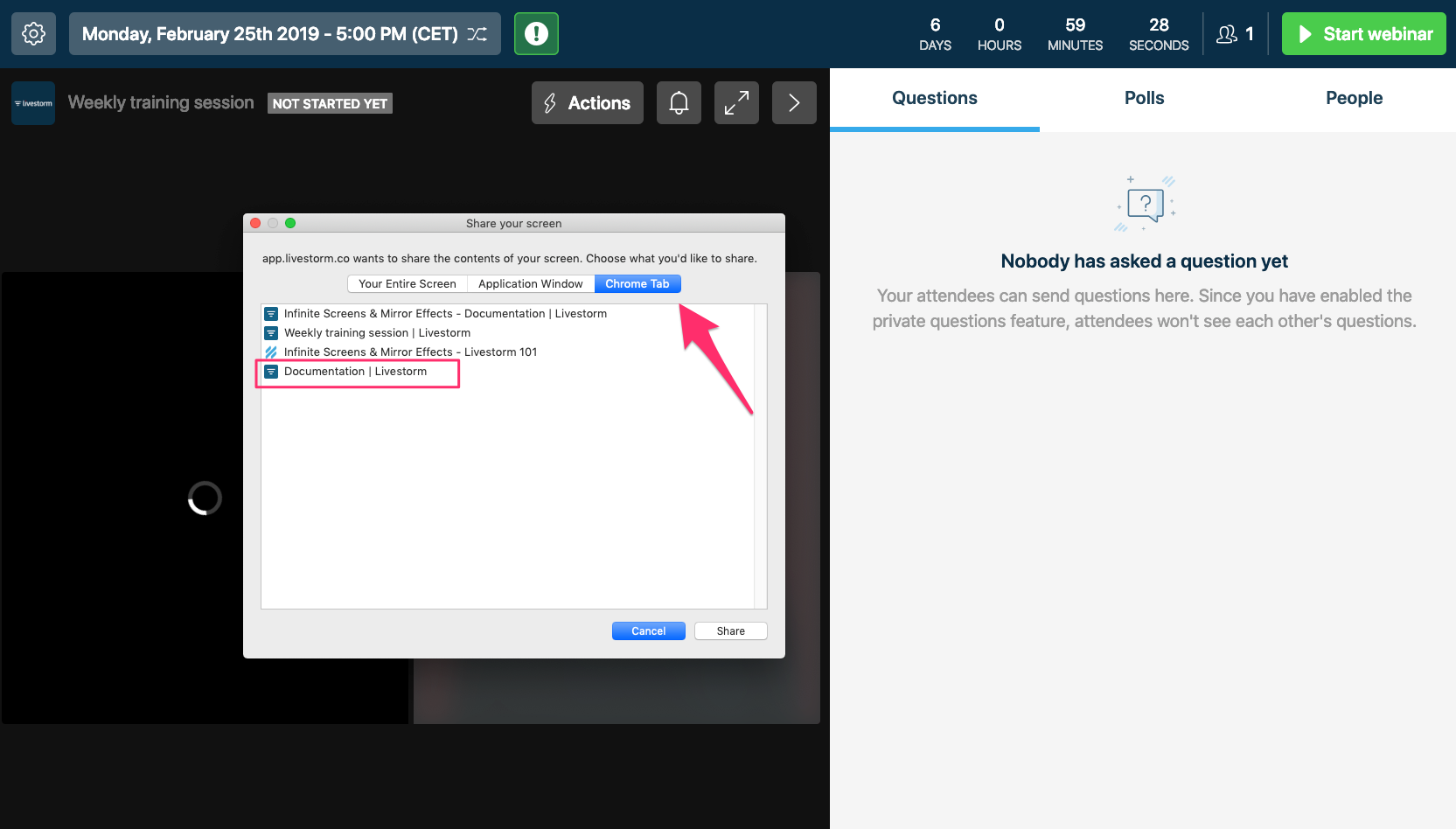 My camera is inverted

In web-conferencing when you are turning on your webcam, the written elements on the scene (a logo in the background for example) are inverted to mimic a mirror. 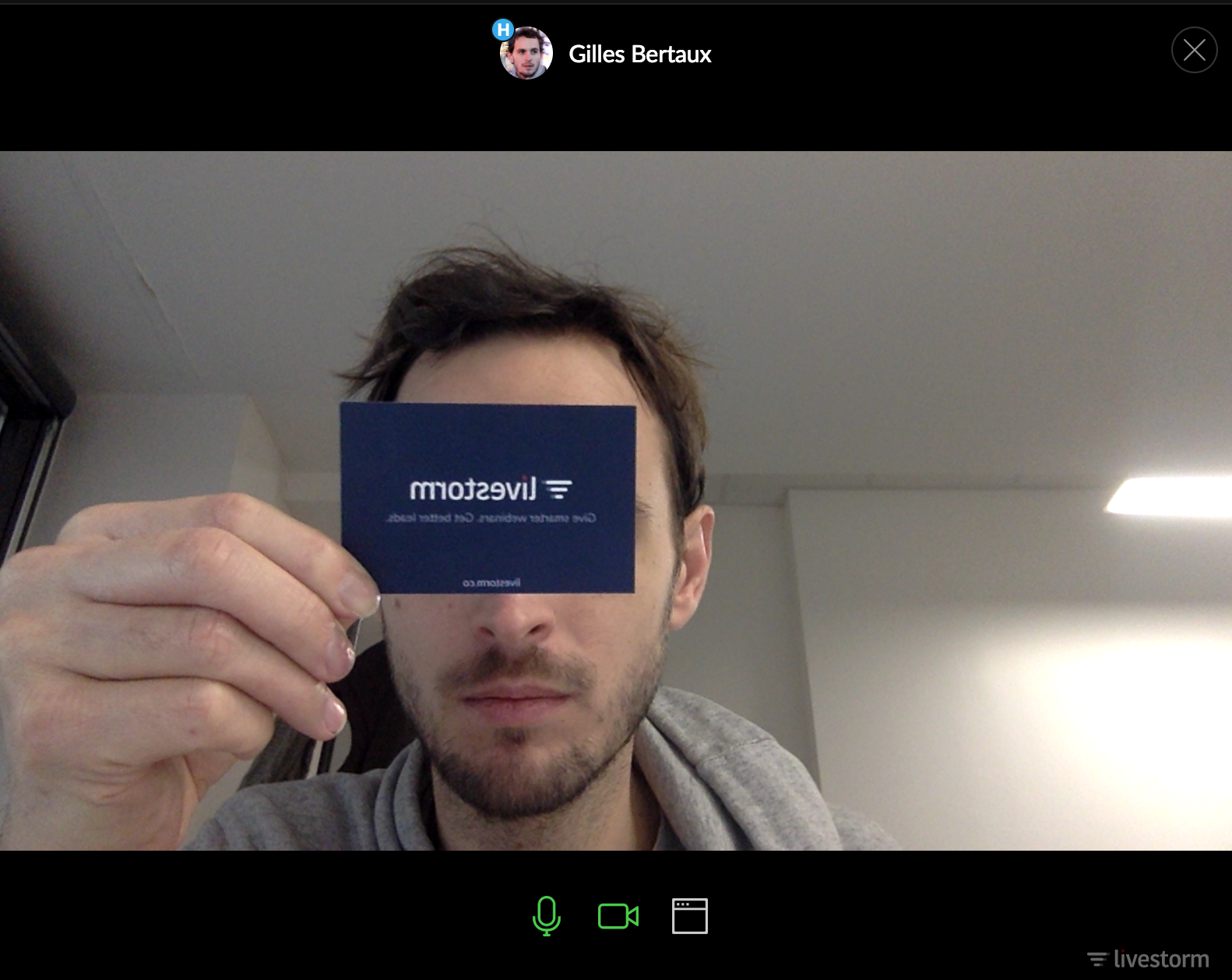 Will my attendees get the same effect?

No. They will get the stream with the correct background.

Picture this: a mirror shows you an inverted image, but  the attendee will see you as if they were in front of you.

Did this answer your question? Thanks for the feedback There was a problem submitting your feedback. Please try again later.
Last updated on June 22, 2021